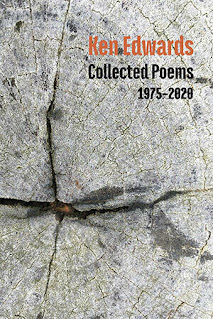 Despite being subtitled "A Mystery", my third novel is no conventional crime story and the mystery seems incapable of any single solution. An old and vulnerable woman has gone missing, and a private detective, Phidias Peralta, an illegal resident in a business park near the run-down port of Deadmans Beach, has been hired by her nephew to find her. His assistant, Lucy, is more concerned with her seven-year-old son who is failing at school, but she is drawn inexorably into the investigation. It's poetry by other means.

Review by Guy Russell in Tears in the Fence

1970s London: short-life communal living, the beginnings of the alt-poetry scene, not forgetting sex, drugs and rock’n’roll. Forty years on: where have the wild metrics of those days taken us? This prose extravaganza dives into the inscrutable forking paths of memory, questions what poetry is, and concludes that the author cannot know what he is doing. Among the cast of characters are a Rock Star who has become a national treasure, a bunch of poets and writers, some now legends, and assorted other misfits and malcontents. Some names have been changed.

Review by Aidan Higgins in Litter

a book with no name

It is not a book of poems.

It is not a long poem.
It is not a novel.
Nor a volume of short stories.
It is not a work of philosophy.
It is not an object – like a stone.
Yet it drops into the well of nothingness
and is never heard of again.
a book with no name
fuses the optimism of Beckett with the hyperrealism of Stein.

"The impact is similar to some serial music, cumulative and entrancing. The reader is drawn into the artifice and drama of speech acts."(from a review by David Caddy, Tears in the Fence)

Jobless, young Dennis Chaikowsky is house-sitting for his parents in the back end of nowhere, near a nuclear power station on the coast. His attempts at musical composition are stymied by his complicated relationship with his Neo-Marxist poet friend, city-dweller Tarquin, his sexual obsession with Alison, a.k.a Wanda, who works in the power station by day and is a singer by night, and his fear and awe of her rock musician husband Severin. It's an unsustainable comedy, but the world outside, natural and unnatural, described in the unnerving prose, doesn't care.
There are reviews here and here. And also here.

In a series of linked dialogues, dramatic monologues and short fictions, the themes of exile, the aftermath of war, paranoia, improvised music and nothingness are explored. The collection is completed with the full text of Nostalgia for Unknown Cities, previously published separately.


“Like glassy-eyed screen junkies, casual consumers of language ... often ignore the reach and density of the technology that so entirely enthralls them. Not so for readers who engage with the disturbing elegance of Ken Edwards' elegiac Down With Beauty. Beckett meets Coltrane, Bo Diddley meets Satie, the Sex Pistols meet Swift - the prose at once shimmers and infuriates, engages and intimidates....” (Joseph Dewey, Review of Contemporary Fiction)

A contemporary rewrite of the Tibetan Book of the Dead (the Bardo Thodol), set in the port and old town of Hastings. The illusory gods and demons haunting the original have been translated into modern equivalents, while the original colour scheme of the seven days has been retained. With seven colour plates (photographs by the author).

Spanning two decades of work, this is a book of songs that have never been and never will be sung; anti-lyric and narrative poems for which a musical equivalent has been constructed; and text written specifically for musical purposes (including the text for a piece composed by the pianist John Tilbury). Also included are the scores of three settings by Elaine Edwards of three poems from eight + six.

Bird Migration in the 21st Century

A collection of three poetic sequences: the title set, followed by “The Cats of Chora Sfakion” and “His Window Settles”. The first and third are further out-takes from Glissando Curve. This 48pp pamphlet from the elusive Spectacular Diseases imprint has been hard to get, but is available through Reality Street.

An integrated sequence of 98 personal poems. Now out of print.


“Like Ted Berrigan before him, Edwards has written sonnets that actualise the blur between reading, remembering, perceiving and thinking, by collage (or perhaps I should say by assemblage – you can glue in lines from a Wyatt poem, or from a lecture by Hejinian, but can't you glue in a conversation or how you observed a man 'up to his wrists in engine' – you have to stand these next to the others.)” (James Wilkes in Intercapillary Space)

First published in 1998, this novel was reissued in 2010 under a new cover after briefly going out of print. The narrative traces the paths taken on her bicycle by the protagonist, Eye, across and out of an unnamed city in the wake of an event she can’t remember. Her quest is to face her terror and retrieve the fragments of her life, which lie in the future that never quite arrives, until it does.

Poems 1983-1991. A (prose) preface and three sequences. New York based Roof Books, run by James Sherry and associated with many of the Language writers, published this one, and it's still in print.


The Glory Boxes in onedit issue 7

Archive of the Now recordings, 2005

Reading from "Bardo" and "There's something in there..." from Songbook at The Other Room, Manchester, on 6 April 2011

Poetry, fiction and essays in anthologies

My essay "The Two Poetries" is available as a download at the Great Works site.

An extended response by JH Prynne to Futures is available at Golden Handcuffs Review.

A response by Brian Marley to Nostalgia for Unknown Cities is at Golden Handcuffs Review.

An interview was published by Signals magazine, another more recently at Dr Fulminare and one mainly about songwriting at Hastings Online Times.

And 12 or 20 questions (mainly on Reality Street) were answered on Rob McLennan's blog in February 2011.

An article on small press publishing is at the Electronic Poetry Centre - since updated for Mimeo Mimeo magazine.