As the annus horribilis 2020 draws to a close, there is one ray of light at least for me – I just received by email a draft of the cover and first page proofs of my promised Collected Poems from Shearsman Books. A 520pp+ monster! It spans my poetry from around 1975 onwards.

I'm very happy that the cover will feature a photograph by Elaine.

So I'm proofreading right now, and there will be more news soon. 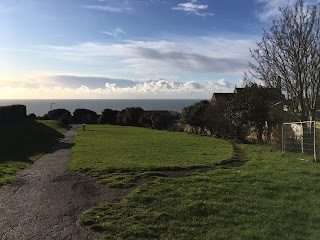 I see tiny cities made of gold and stellar formations of uncanny provenance, all wrecked in the flood, even at its muddy rim. 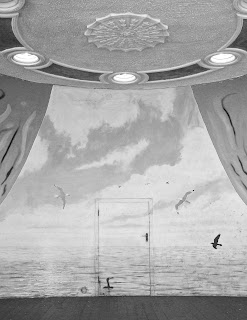 But something is not right. The hum of traffic – that’s what I’m still convinced I remember; from morning till evening it was like the constant swell of the sea – is gone, and a great silence reigns. The world ruffles ever so slightly with every possibility lurking below its serene surface. The press of the floorboards on my bare feet is comfortable, the door handle nestles nicely in my palm, air gently enters and exits my nostrils. I open, I go through. I click the door shut. What is this place? It’s where we are. 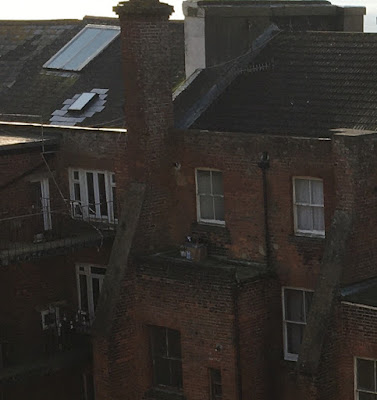 E pointed out to me that just below one of the windows in the house-backs visible from the back of our house someone has over the past week built up a stash of items on the flat roof. A large cardboard box topped by a large tupperware container and a plastic bag. From time to time a man opens the window and extracts items which seem to be food. We speculate that he's self-isolating and has no access to a fridge (those windows face north and are in shadow much of the day). Also visible are a good number of bottles, apparently white wine. 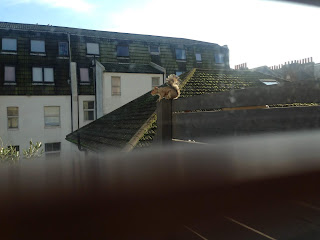 I am moving I am sitting up now. I am hither and thither looking. What season is it? Probably spring. The evidence, such as species of flowering plants or the particular activities of birds (they sing, I can hear them), is out there, beyond this place. It’s impossible to sing without a voice-box. To listen without a brain. We are therefore all real beings with real organs – we confirm the existence of each other. We are here but we are also there. In another place that I sense is out there still, but can only imagine. Out there is a promise, I suppose: the imaginary air of an imaginary place that is not this place, waiting for me until I can feel it for myself. 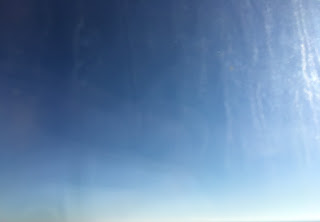 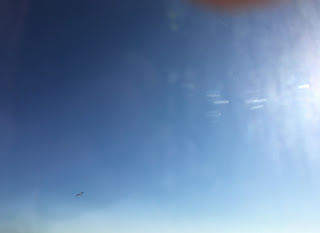 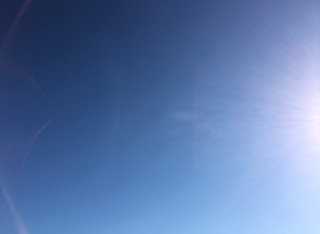 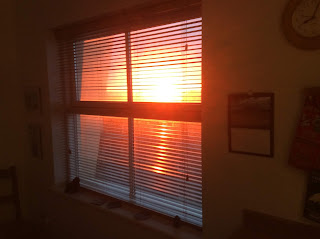 Then I’m awake. No, I can’t even say that: “then”. Erase that. Begin again. But I just did. What am I talking about? So then. Light is what I was first aware of, coming in from what I was slow to realise was the window, on the left hand side, flowing onto and outlining the great globe above me. I’d imagined it to be some huge satellite, or was it a mammary to suck on; but it’s only the Japanese paper lantern that hangs from the ceiling above the bed; it’s a bed that I am in, the pale sunlight streaming in on it making a brilliant crescent. It’s white, there’s gold in the picture, there’s blue there too, I’m aware of blue. Pale blue. I remember that lantern from another time. It’s still there! It’s moving ever so slightly, which makes me aware there is a breeze, the window must be ajar. Immense, golden light: like waking in a kind of a palace, or I could be in a cathedral or something, but no, it’s the early sunshine working its way through the slats of the wooden venetian blinds at the window, which have become incandescent in my imagination. I can crush the light with my eyelids, but then when I lift them there it is again. Of course, I’ve seen it many times before. I realise that now. There’s nothing to it. But what country am I in? is it the country I was born in? do I know my name? my sex, age, dimensions, identifying marks, etc? where’s the customary baggage of memories? Trying to establish the facts of the matter. Once again: day one. That is, the day on which I write this. But that would make the day of my awakening, the day I’m describing, day minus whatever. We could equally call that day one, and add the sum to the number of this day. Then I must have awoken in the early hours of that day, or this, but already I’m losing my memory of each detail of my awakening. I need to hold onto this. That’s why I am trying to write it all down now, on this day, which I name day one. I will now write about the duvet cover, with its blue and white ripples, how I can finger it now, how I can grip it with fingers which are my own, feeling the coarse substance between fingers, my fingers, my nerve endings telling my brain I am doing this, and later other things will happen, that’s all to come, but that first vision, at the point of my awakening, is of something insubstantial, something longed for but not attainable, by any effort whatsoever, even if I were able to persuade my limbs, my recalcitrant, recumbent body to move towards it, whatever it is. All right, maybe there’s no sure thing, but what I do remember for sure, what I remember now is turning over in the bed, onto my left side, facing the window and finding to my amazement your warm body close to mine. You were gazing at the ceiling, and then you turned to me, a smile in your face.

I manage to nod towards the window: What’s out there? That’s what I’m trying to ask. Actually, I just mime it, no real sound emerges. But you understand. It’s a lovely morning, you say, smiling. Yes, it’s your voice all right, I recognise it now. I consider this for some long moments. So there is an outside, in which it is morning? And it really is you, I’m sure of it, I’m certain I can hear your voice close to me. It’s such a relief to hear that. What I try to say next (but it doesn’t materialise at all) is: I’d always hoped there would be. I don’t manage that, it comes out as: “I don’t remember anything.” It doesn’t matter, you whisper. And I say, and this time I do manage to utter: Have we met? 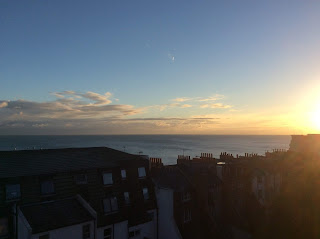 Then I’m awake. No, I can’t even say that: “then”. Erase that. Because “then” implies there was a before, a before that contained what? well, I can’t remember. I can’t recall a before. But I think there was. If so – if there was a before – it may have included my death, and before even that, my life. Whatever that amounted to. So I’m told. But who told me? Nobody told me anything. There isn’t anybody. Or is there? So why have I convinced myself that I awoke? That I am awake? But I am. And if I awoke, what did I awake from? Darkness has given way, is giving way, slowly and yet surely, to light. And yet? Light is ever so slow in coming, but I think it is, I think on the left hand side. There is differentiation. There is definitely light of some kind, outlining what? Pale sunlight, is it, a brilliant crescent of it? Light, anyway, penetrating the universe, shining here more brightly, there less. It’s white, but there’s gold in it, there’s blue there too, I’m aware of blue, moving ever so slightly, which makes me think there is a breeze, perhaps the window is half open – I don’t remember opening it – and the window is huge and incandescent. So there’s a window! We’re making a little progress here. A window. Opening onto to what? A sea of pale blue with white ripples around, an ocean to move through? A world? Am I on a world, or in one? But what country am I in? Does it have a name? Have I? Surely I have to have name? What day is it? Are these questions? Is this a day? A day is a day. I’m writing about it. But actually this is the day on which I write this. Let’s number it day one. So what day was it when I awoke? Day one. That’s what I’m trying to make sense of.